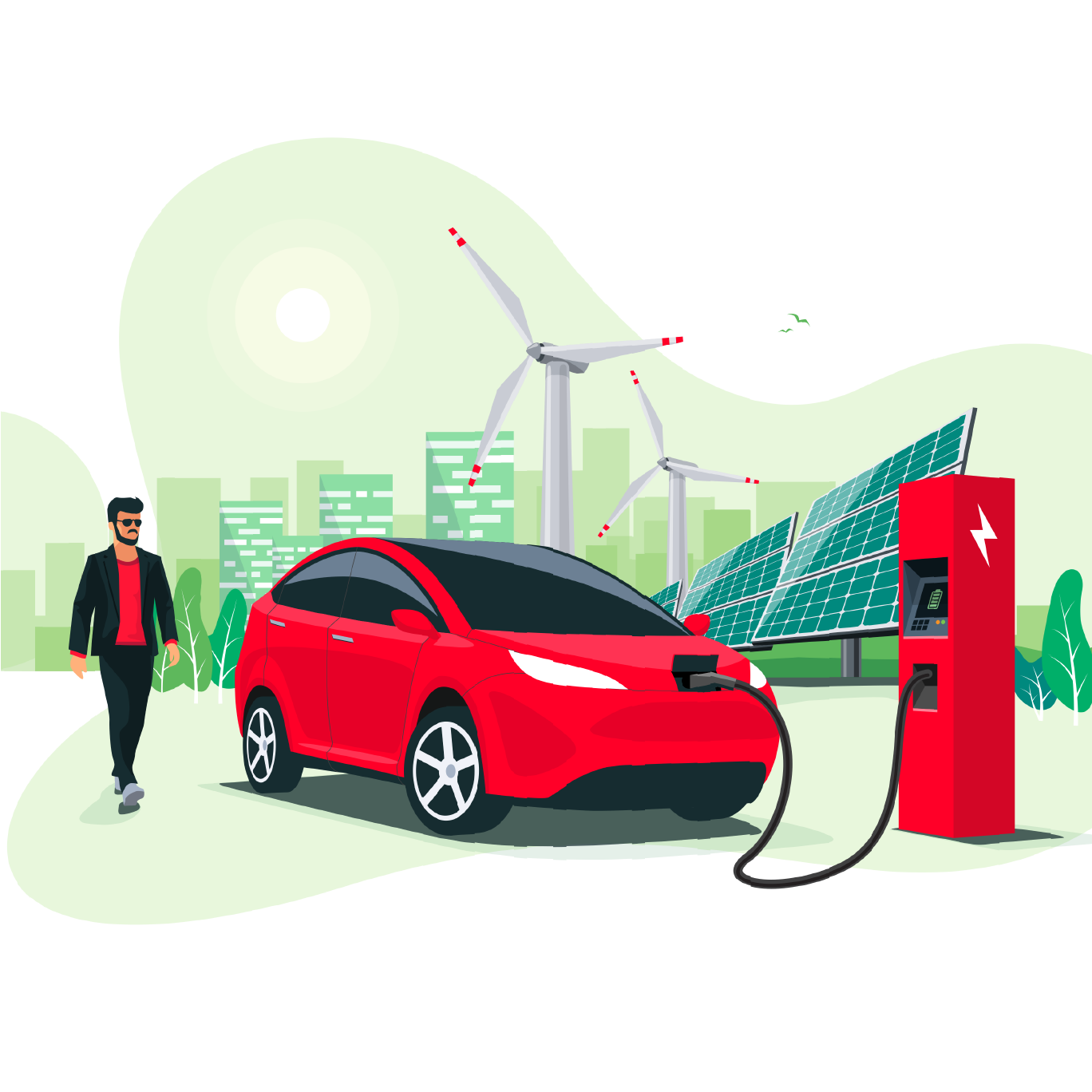 Electric vehicles are booming in America! All of the largest US automakers are developing them. Nearly 5.4 million hybrid EVs have sold since 1999 and over 1.4 million plug-in EVs have sold since 2010. As EVs become more affordable and capable of covering a longer distance, an increasing number of Americans are choosing them to save gas and reduce their impact on the environment. In response, new models are being churned out each year and cutting edge technology is employed to create future iterations of electric cars and trucks.

Along with this growth has come an increase in the number of both private and public charging stations and technological developments in the EV charging sector. Several companies in the US are offering technology that integrates EV charging systems with homes and complimentary smart home technology. All this represents a significant sized market in the making.

Businesses, governments and the solar industry have all responded.

Businesses are increasingly pursuing EVs and EV charging. Recently 10 major global corporations created EV100, an initiative to reduce carbon emissions by increasing the number of corporate fleet EVs, and Ceres launched an alliance to help member companies make good on bold commitments to fleet electrification. McKinsey projected that EV commercial and passenger fleets in the US could reach up to eight million in 2030, about 10-15% of all fleet vehicles. This would most likely result in the mass deployment of EV charging infrastructure to support such growth.
There are a number of reasons businesses are pursuing EVs and EV charging. They can take advantage of federal tax credits and state and local rebates, forward a sustainability strategy, build goodwill, and reduce fuel and maintenance costs. Businesses who adopt charging capabilities are also able to attract customers with EVs.Local governments are also getting on board. The Solar Foundation reported that a number of US localities are setting aggressive goals for clean energy practices and that combining EV infrastructure and PV solar deployment is a key strategy for achieving those goals. In 2019 New York City added 50 solar-powered EV charging stations for its fleet of 1,800 electric vehicles. Last year the city of Charlotte, NC purchased four solar EV chargers for the public and the city in order to forward the city’s Strategic Energy Action Plan meant to make Charlotte a low-carbon city by 2050. A number of solar power electric vehicle charging stations for parking lots have been deployed in California.

Studies have shown that about half of the consumers with solar or EV technology actually have both. Additionally, consumers who are interested in one of the technologies are also very likely to show interest in the other.
The renewables industry has taken note. When Tesla and SolarCity merged the company spearheaded the idea that solar panels and EVs should be considered complementary offerings that could be marketed that way. Certain technology has been developed that facilitates the link between solar and EV charging capabilities. SolarEdge recently introduced a new inverter-integrated EV charger to allow for a streamlined and lower cost EV solar charging process.

Some solar companies are diversifying their offerings by dipping into the electric vehicle market. Proinso has a PV solar canopy plus an advanced charging system for EVs. This year Spruce Power, a company that serves 80,000 homeowners with leased solar energy systems or energy efficiency upgrades, included EV chargers in its financing portfolio.
Colorado based Atlasta Solar Center started offering EV chargers and followed that up by adding the sale of pre-owned electric and hybrid vehicles. Matt Fowler, Atlasta marketing manager, said, “We saw a lot of correlation between the electric vehicle market and the solar market. [A large percentage] of people who purchase solar are also looking at EVs this year, and the inverse is also true…We saw an opportunity there.”

” Studies have shown that about half of the consumers with solar or EV technology actually have both. Additionally, consumers who are interested in one of the technologies are also very likely to show interest in the other. “

At times, nonprofits use carports when installing a solar system, a way of going solar that would easily allow them to include an EV charging system upon installation or later on.

Commercial solar carports are advantageous because they remove the need for a surface or a piece of land on which to mount the panels, let installers orient the panels at the optimal angle for sunlight exposure, and have less conflicts than ground-mounted solar.

To date, CollectiveSun has worked with 25 nonprofits to install solar carports. These organizations have included houses of worship, community centers, a nursing home and a golf club. One of them, Hospice of the Foothills in California, added an EV charging station after their 2020 solar installation was completed.

A recent report from the Institute for Energy Economics and Financial Analysis asserted that there are a number of “strong mutual benefits” that make the combination of solar, EVs and storage a particularly effective way of moving a nation away from fossil fuels and towards net-zero electricity systems. Americans’ interest in addressing the climate crisis and their growing interest in electric vehicles means that the solar industry is perfectly positioned to capitalize on the opportunity this represents. 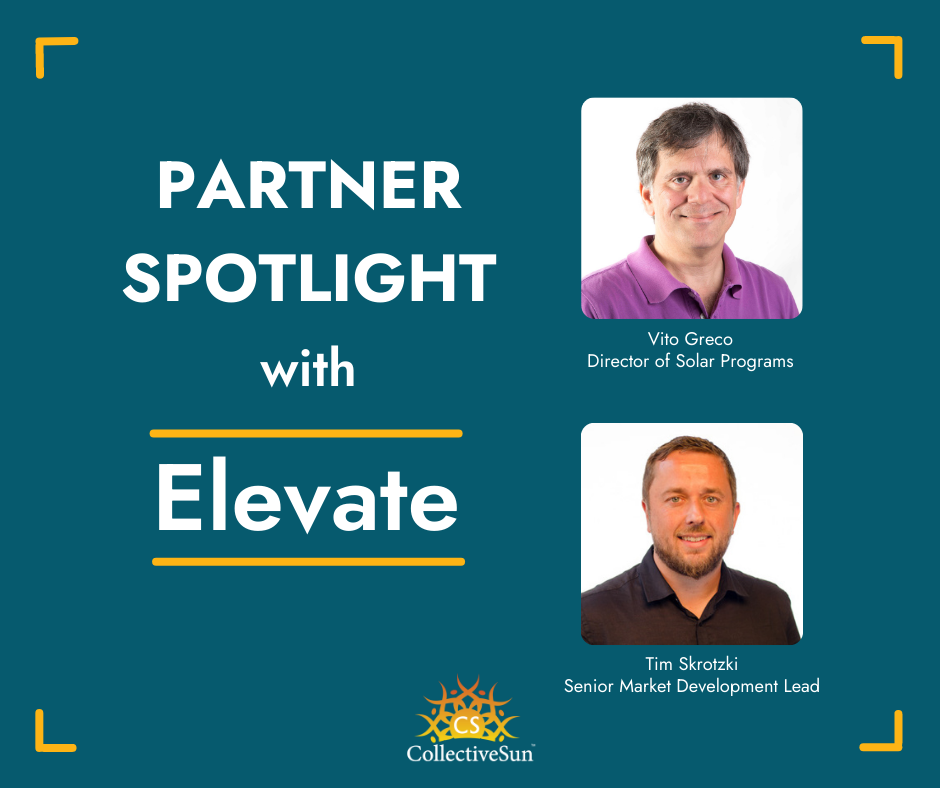 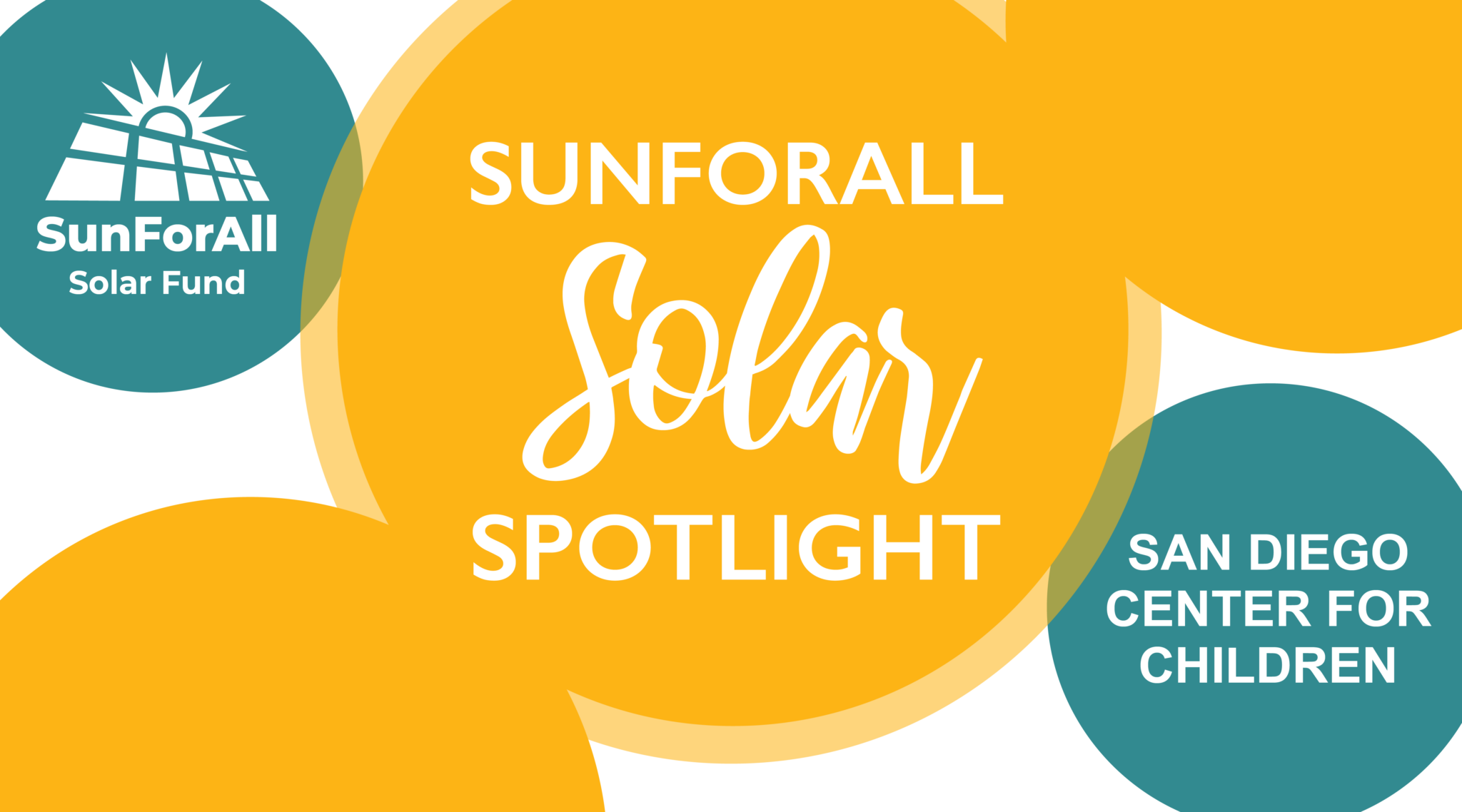